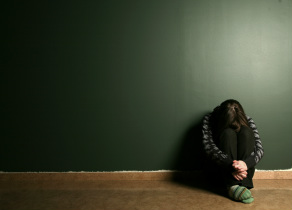 You're not as alone as you might feel....
Unfortunately, about half of all marriages in the United States end in divorce. Even though the rate of divorces are going down, we've already been affected. Divorce is really common, and you're not the only teen dealing with it. Look around. It's not something most teens like to talk about, but there are a lot more of us than you might think. Ask around and I guarantee you'll find someone whose parents are divorced, too.

Among teens whose parents are divorced, there are a lot of common feelings about what we’re going through. A study that I read* actually researched “normal” feelings in teens like us. Let me break it down for you.

Teens from divorced families often...
1) Think their dads are the cause of most of the family's problems
2) Wish their parents were around more
3) Feel they had tough childhoods
4) Think they could have turned out differently if they'd had better relationships with their parents
5) Have not forgiven their dads
6) Worry when their parents are together at events

I realize that most of my readers can agree with at least some of this, so I've talked about it more in the website. Some suggested solutions and helpful ideas can be found in the Q&A section, and more are soon to come. As for the common issue of a tough relationship with parents (particularly fathers), I can't give blanket advice - every situation is different. What I will tell you, though, is to try and step into your parent's shoes. How would you feel in their situation? After your parents divorce, your world is turned upside down. What we can sometimes forget, though, is that our parents' world is, too. They're scared and upset, too, and because of this they might act differently for a while. That's to be expected. I'm not saying they deserve your forgiveness, necessarily - what I'm saying is to keep this in mind when you consider your relationship with them.

The other thing I hope that you remember when considering your relationship with your parents is that repairing a relationship is doable, and it's never too late to fix it. That said, it's a lot easier if you leave the relationship open for the future. My best advice would be not to burn bridges, so later down the road should you want to reconnect with your parents, it's still an option.

Just remember, no matter how bad it gets, you're not alone. There are other people going through the same thing you are. We're out here, we understand, and we're willing to help.