The Law and Your Children 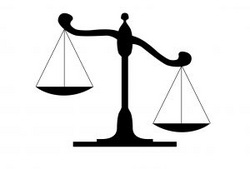 It can be tempting to throw lawyers at each other, both during and after the divorce. You're angry, rightfully so, and you may even want the other person to suffer. Who's to stop you from taking your ex to court for all they're worth? Your lawyer certainly won't turn down the paycheck. Moreover, your lawyer's advice is likely meant to help you "win", if there is such a thing, and doesn't necessarily take into account what's right for your child. That's your job.

When this happens, for the sake of your children, I want to ask you to pause, and think about this from your child's perspective. Ask yourself what they would say, if they saw what you were about to do. Sometimes, we might agree with you. But many other times, we may not. There is no need to bankrupt our dad by asking for more alimony than you need; no need to spite mom by attacking her with the best lawyers money can buy just to punish her for leaving you.

Most of all, don't play around with our visitation rights to see the other parent. If they're somehow a threat to your child, that's one thing, but if the battle over which parent we will live with or visit is driven by spite, that's completely different. We don't care who cheated on, lied to, or hurt whose feelings - we still love both of you. What we ask is that you are reasonable, and you respect your children's feelings, too, during this difficult time.

My own family has an unfortunate predisposition to threaten to use the legal system to "fix" matters it should not be used for. From my sister's dirty room, to my mom's internet messaging, to my dad's parking in the driveway, there is nothing too low to hold over the other parent's head. As someone who has suffered through this, I can tell you that it hurts your child. I got so fed up with it recently that I almost decided to write a blog detailing what both sides threaten to do. My hope was that, in seeing their actions in print for what they are, and in having their coworkers and friends able to see what they're doing, they would think twice about legal threats. Accountability was what I sought. The only thing that kept me from doing so was the knowledge that, in the highest form of irony, they would use the information in my blog as further fuel to attack each other with.

This may be something useful for you to use, though, as a gauge of whether you should get the legal system involved in something. If your child was writing about it online, for all to see, how would you feel? Would you be proud of your actions? How would you feel if your coworkers or grandmother was reading the blog? And what would your child be saying? If you can honestly tell yourself that your child would agree with you, that you could truly allow anyone to read it without shame, and that the benefit of using the system outweighs the cost, then getting the legal system involved might be right for you. If not, you may wish to reconsider.

One further warning. If you have any doubt as to whether your child will stand with you in your decision or not, I will tell you what I believe, and what I think most teens who are close to both parents would probably agree with. If one parent uses the legal system to unfairly target the other, I will always stand with the other. It doesn't matter the situation, or which parent it is. Because to me having either one of my parents harmed is wrong, and I will stand against whoever does so to defend the parent being targeted. Keep that in mind before getting mired in legal fees.